Re-touch: Now, this list is the end of seven years abstention from 33⅓ RPM 12" black vinyl and the feel of the grand cardboard covers.

I had all good intentions, I wanted to get rid of the piles of old stuff on shelves, in boxes, in cellars. Cut the past analogues, ancient reminiscences of another time. It wasn’t easy, but eventually: I sold my LPs! I didn’t use them, I was the perfect ‘digitan’.

Well, it worked for seven years – as to the LPs.
I failed to really do the same with books: Apart from conveniency when carrying my whole library, the digital books didn’t really offer anything that the tree consuming real books didn’t. Most of the e-books were dull iMitations of their physical counterpart, and I soon missed reading with the enhanced experience and usability that came trough the fingers. It kindof worked to use the public library, it still does actually, but non-fiction simply wasn’t available. And one could argue, that we don’t put enough effort and passion into really exploiting the e-books being digital. Anyway, I found myself wanting real books.
Now I also wanted LPs.

I made a list of 50 albums that were special to me: It could be music typical for a period, now classics, which we listened to repeatedly in the teenage room, records that were non-stop on the grammo. Or records that I was the first to introduce in my set. Or the first record of band that I was introduced to by others. Or some that I just started to like decades after they were issued. Or simply great music, that made a difference to a generation. To all of them applies that it is music that I still listen to.
Reducing the number of favorites to 50 is a tough choice, so I tried to avoid some of the most obvious, and stopped – well aware that many great albums were excluded – the list in mid-eighties, when conveniency once again were to outsell other qualities, as the CD was beginning to take over.
And then I started the quest.

I had in secret kept a few albums. Friends found some they had stowed away. Some were found in second hand record stores, sometimes even in very good condition. And finally a couple were acquired as new from Music on Vinyl , RhinoVinyl , and ABCKO – remastered and pressed on audiophile 180 gram heavy-weight vinyl, as oppose to the old, light 120 gram vinyl.

Of course this was stupid from an economically point of view – it would probably cost more than I got when I sold the old collection, and in this way 50 was a reasonable limitation. But then again, I had saved the money from the sale on an account at Sound Station , maybe from of a premonition about the fun I would find seven years later in searching for the lost LPs. It feels like a happy reunion, with a greater pleasure, I think, than if I had just kept the big old collection. And Jesper from Sound Station simply says: ‘Welcome back!’ and thinks that the revived interest of vinyl (not particular mine) is a resistence movement against the fast and non-stop music comsumption!

He may be right. Maybe it’s just nostalgia about old music media, but I wouldn’t do the same with the cassette tape or the cd. 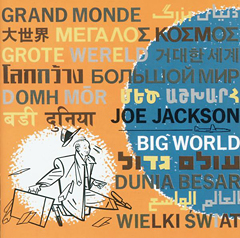